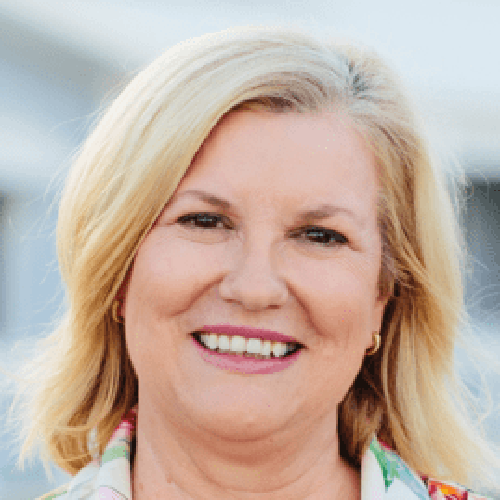 A pioneer in the Australian Aged Care industry, Natasha is passionate about changing the way we care for our elderly members of society and those living with dementia, including younger onset dementia, not just in Australia but worldwide.

This desire took her on a mission to invent an alternative to traditional institutional settings to provide an innovative change to residential care.

In 2012, Natasha began her global search for a proven, alternative model for Aged Care that aligned with her vision for an inclusive community. A first in Australia, two houses were built in Wynyard, Tasmania in December 2014. Natasha’s bold new direction had a significant and positive impact on the lives of its residents as well as their families. The success of the small-scale model in Tasmania led to Natasha pioneering the development of NewDirection Care’s microtown™ at Bellmere, located between Brisbane and the Sunshine Coast, Queensland.

Backed by more than two decades of experience in Aged Care, Natasha wants to revolutionise a sector often considered excessively institutionalised, segregated and task driven. Through experience in traditional Aged Care and spending time with seniors in their last stages of life, it became apparent to Natasha on both a personal and professional level, that the industry can improve.

“We needed to create a system that revolves around the things that really matter in life,” says Natasha. She set about changing the beliefs, attitudes and opinions of the industry by creating a system that operated around intrinsic human values, encouraging inclusiveness and driving empathy, all while still being viable as a business.

Natasha’s entry into the Aged Care industry stemmed from her background in financial management. Natasha worked as the National Executive Officer for the National Association of Nursing Homes and Private Hospitals, providing strategic planning, financial and operational management. During this period, she played a pivotal role in reforming Federal Government policy, providing advice around the provision of quality care, which was implemented in the Aged Care Act 1997.

As the founder of Innovative Business Improvement Systems Pty Ltd (IBIS) and later Director and Chief Executive Officer of IBIS Care Holdings Pty Ltd, Natasha led the development of alternative models of Aged Care facilities and retirement villages. From 2006 to 2011, she spearheaded the growth of IBIS Care Holdings to six operating Aged Care centres, one retirement village and two centres under development.

Natasha is currently a committee member of Leading Aged Services Australia (NSW/ACT) and a past Board Member of this peak body. She has also been a member of the Ministerial Dementia Forum Working Group and the ACFA Advisory Group. With a reformer’s zeal, Natasha is helping to fundamentally improve the lives of people with a dementia diagnosis.

Another cause close to her heart is education and for many years she has mentored young women in their final year at the University of Sydney and Western University, as part of the LUCY mentoring program.